The Business Side Of Show Biz: Theater Resources Unlimited (TRU) 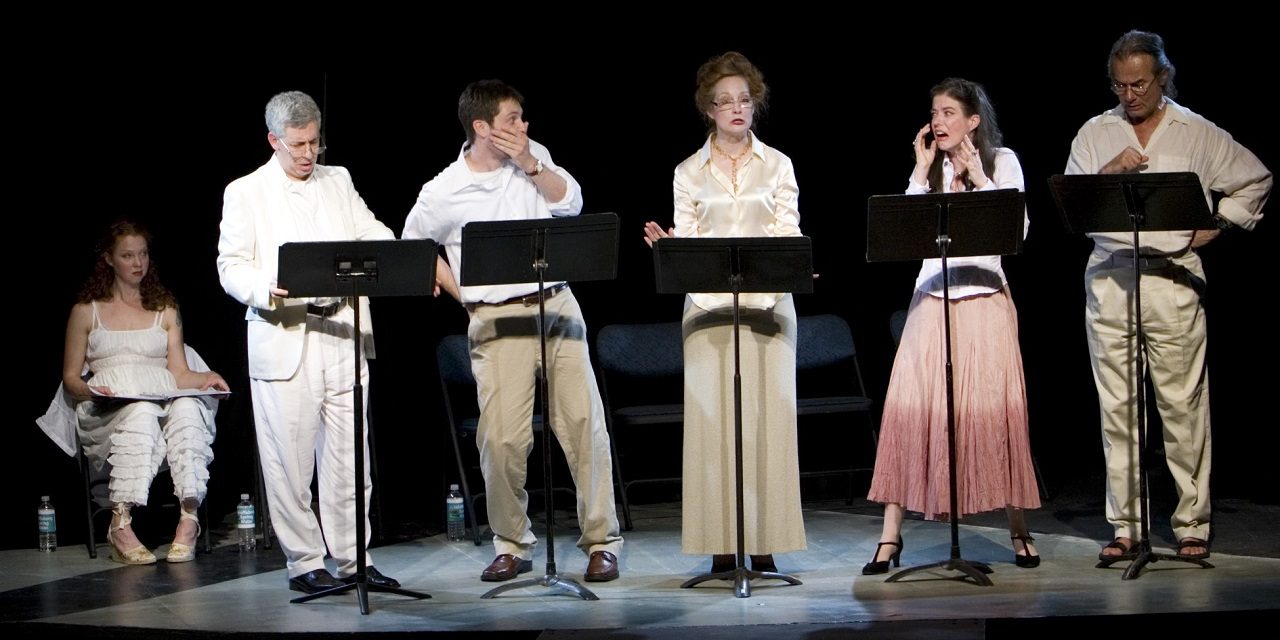 When bank robber Willie Sutton was asked why he robbed banks, legend has it Sutton replied “That’s where the money is.” If only it were that easy to answer the perpetual question of where you find money to produce a new musical?

“There really is no answer to that,” admits Bob Ost, the Founder and Executive Director of Theater Resources Unlimited.

Nevertheless, Ost and a panel of experts regularly host “boot camps” to provide fledgling theatrical producers and writers interested in self-producing with a set of practical strategies for attracting and securing investors. These events are only one of a slew of workshops and seminars hosted by TRU, a not-for-profit service organization that exists to better acquaint producers, theater companies and artists with the business side of show biz.

TRU was founded by Ost and fellow writers Cheryl Davis and Gary Hughes in 1992. “I had no intention of starting an organization of this sort,” Ost insists. “My plays were finalists in national competitions. I won two of them for my musical Finale!and it was a finalist at the O’Neill. And I thought, ‘Gee. Why am I not getting produced? Maybe the piece of the puzzle that’s missing is that I just don’t know producers.”

So, Ost made it his job to reach out to independent producers and the heads of theater companies. “Much to my dismay, I learned that they were having their own problems,” he recalls. That’s when Ost decided to gather people he’d met at his apartment, in the hope that they could find ways of helping one another. “Thirty showed up,” says Ost. “And I had an epiphany. I realized that people who were producing had a need to talk and find out that they’re not alone. I wanted to create a supportive community where people would help one another.”

The next step was to bring artists into the conversation. “The biggest problem that many artists have is a victim mentality,” Ost feels. “They think they are being taken advantage of. But, it’s usually that they just don’t understand the business. I think it’s essential. By understanding how producers think and function, the barrier is taken away between the artist and the producer.”

Over the years, TRU has developed a variety of programs that have expanded from the early get-togethers into a year-round series of workshops, educational panels, audition events, a producer mentorship program and the annual TRU Voices New Plays Series and New Musicals Series. Musical theater writers, in particular, have benefited from exposure in TRU Voices. The series has helped to launch a number of notable new tuners, perhaps the most familiar of which is The Great American Trailer Park Musicalwhich went on to an off-Broadway run. They’ve also fostered festival favorites such as Volleygirlsand Sunfishthat went on to NYMF (Sunfishalso was in the Daegu International Music Theater Festival in South Korea),Saint Heavenwhich had subsequent runs in the Stamford Center for the Performing Arts and Village Theatre, Hell Hole Honeys  which played the Alleyway Theatre in Buffalo,and My Life Is a Musical, which was optioned right out of the TRU Series, went into commercial development and ran at the Bay Street Theatre in Sag Harbor.

Bob Ost began his involvement in the musical theater while growing up in Philadelphia. “I wrote my first play when I was 14,” he says. “It was produced at my high school and taught in the English classes. So, I was a minor celebrity.” At the same time Ost was teaching himself about music by plunking away on a neighbor’s piano. Eventually he began to experiment with his own compositions.

The two worlds came together when Ost attended the University of Pennsylvania, where he continued to write and compose, despite being discouraged by the faculty from attempting the latter. Then, a girlfriend who was attending Columbia University at the time brought one of his early plays to the attention of Bob Moss, the founder of Playwrights Horizons in NYC. Moss produced the play in the theater’s first season at the Clarke Center for the Performing Arts in 1971.

Once he arrived in NYC, Ost was invited to join the Edward Albee Foundation (an artists’ colony in Montauk). He also fell into the occasional brunch with composer John Kander, whom Ost says would lecture him about theater music. “He said that I was making things overly complicated, and urged me to simplify.” Ost recalls. “I listened to a lot of Prokofiev and Stravinsky and dissonance was just a part of my musical sensibility.”

Ost’s initial foray into self-producing was a revue of his music titled Love and Laughter at Jan Wallman’s cabaret on 44th Street. “All I needed was $3,000,” he reports. “I figured out that the way to raise the money was to ask for it. And I returned about $2,000 to my investors. They weren’t expecting their money back!”

Ost kept that experience very much in mind when he started TRU. “I thought, if I can self-produce, anybody can,” he says. “I take a very practical approach to creating my programs. I try to get to things that are tangible and usable.”

For example, the Raising Money for Theater workshop breaks down into sessions on the legal aspect of raising money (“What you need to know to keep from breaking any laws.”), networking skills that will help you present yourself and your project effectively (“How to engage people with your ideas.”), and putting together a business plan.

Sometimes you’ve just got to jump in and be more than an artist to make theater happen. In this groundbreaking half-day workshop we will look at how artists can successfully take on the challenging role of producer to generate their own opportunities. The ones who are most successful have to master a range of business skills, don a variety of hats and learn to be an expert juggler. “I’m just an artist” no longer cuts it when you make the move from page to paying audience. Learn to view your creative work from a business perspective, understand the need to think differently and make smarter choices, not only now but for the future of your show, and your brand. It all seems a little overwhelming at times, but we will break it down into easily digestible bites. When you know what you’re doing, it can actually be fun and fulfilling. (from TRUonline)

You meet a producer at a party, and have two minutes to interest him in your work. Do you have the skill to sell yourself? Here’s a chance to practice your pitching with real producers who are open to and interested in meeting you. Okay, they probably won’t option you on the spot, but they’ll give you valuable feedback about your work and your ability to talk about it. And you’ll have the opportunity to start developing a relationship. And that’s what this business is all about. Relationships. (from TRUonline)

Tips for Producing Your Own New Musical

If you are considering self-producing your work, Bob Ost suggests that you think about the following:

Need assistance with self-producing? Email us here and we’ll help. 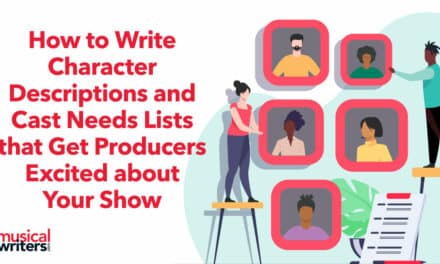 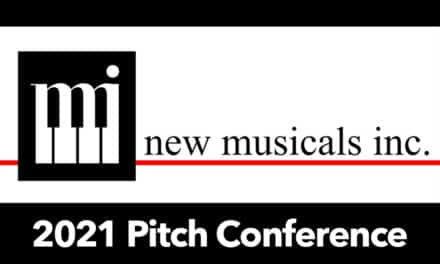 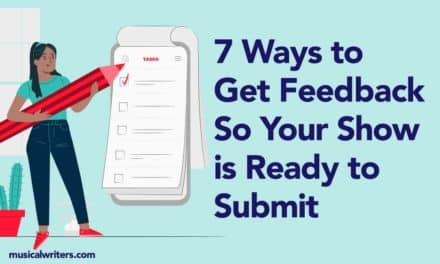