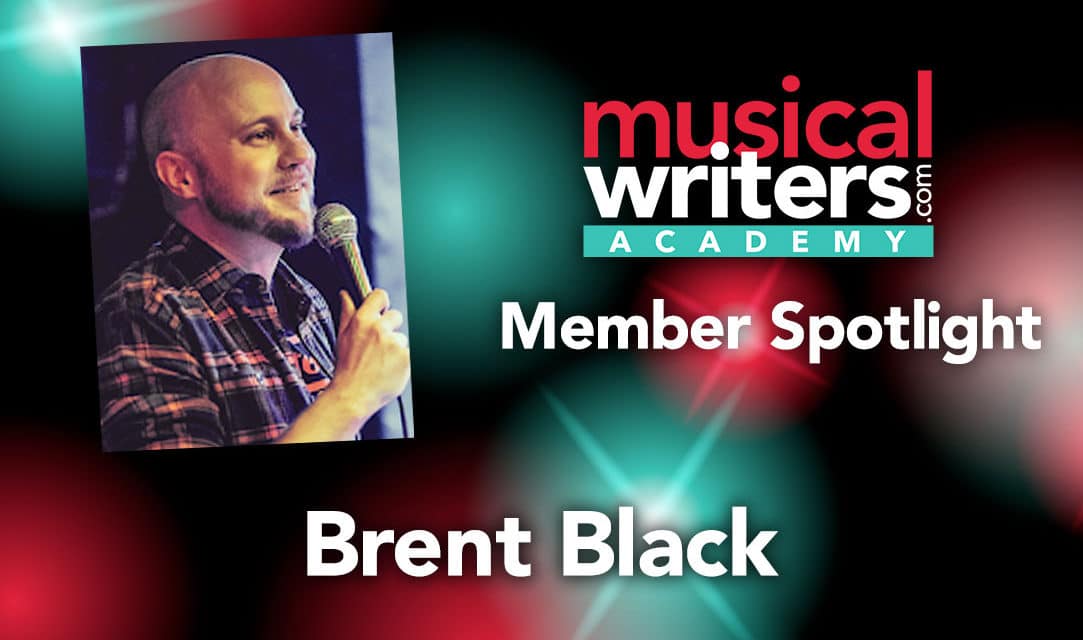 Brent Black was the inaugural winner of the Academy Reading Series Pitch Night with his show Khan!!! The Musical!!! and received a staged reading of his show this past Halloween in Dallas, Texas. If you missed it, you can check it out here.

Brent Black: I’m continuing to hone and polish my Star Trek parody musical Khan!!!, and I’m working on a pitch for an animated musical that I’m collaborating on with a friend. It’s wild to be simultaneously in the late part of the writing process for one musical and the early part of the other. I just keep telling myself that the pros juggle multiple projects at different phases of development all the time and that I need to get used to the constant gear-shifting.

BB: This rule of thumb has served me well: When it comes to taking criticism, feel free to ignore the solutions people suggest and instead focus on the places where they see problems. If five people find problems with your opening number, they’ll likely have five different solutions. But the most important thing about their feedback is that they all think there’s an issue with that specific part of your show! Nobody else knows your show better than you, and nobody else knows how to fix it the way you would fix it. If someone happens to suggest a solution you like, great! But what’s more important is addressing the elements of your show that your critics consider to be problems, especially when you hear the same note from many multiple people.

“When it comes to taking criticism, feel free to ignore the solutions people suggest and instead focus on the places where they see problems.”
~Brent Black

BB: That’s a great question! I’d like to think it’s all about the fun of having a finished product that you can enjoy along with everyone else enjoying it… kind of like cooking a good meal and then eating it along with your guests. And it’s also worth noting that I love to make people laugh and love to be present in the back of the house while people are laughing along with my work. But if I’m really honest with myself, I think I keep doing it because the adventure of the writing process is so addictive. There’s no rush like coming up with a great melody, a great punchline, a great rhyme, and thinking about how one day a room full of people might experience what you’re feeling in that moment. There’s truly nothing like it.

BB: After I moved from New York City to Philadelphia, I slowly drifted from the community of musical theatre writers I’d gotten close with. I felt pretty alone in the process since I don’t know anyone else in Philly doing this kind of thing. So when I found out about MusicalWriters Academy, I was excited about the idea of having a place I could go anytime to be around people who understand this unusual thing I do and to talk shop with them about the challenges and wins we experience as we go along. Add to that the many resources for writers and the Academy Reading Series, and I was sold!

Tell us more about how your reading went last month.

BB: It was incredible! As someone writing music, lyrics, and book for my show, you can imagine I’m a bit control-freaky. That being the case, it was difficult to hand the show off to a company of strangers and hope for the best. To be expected, there were some choices in the casting, directing, and performance that surprised me, but they allowed me the golden opportunity to see the show from angles I would never have been able to experience otherwise. I could tell Rebecca Lowrey (Producing Director) and the cast treated the work with respect and they jumped in with gusto. There were many moments where I felt like I was seeing the show for the first time. In the end, the audience ate it up and the performance was one of the best nights I’ve had in a long time.

Preparing for the Academy Reading Series performance of Khan!!! The Musical!!! held in Dallas, Texas in October 2021.

What did you learn from the Academy Reading Series process?

BB: The very short version is: the show’s in decent shape, but the script isn’t as clear as it could be. It’s easy to assume a creative team knows what you want since it seems so obvious to you, but there were cases where I realized the script wasn’t actually as clear as I’d thought. Other major takeaways include the show being a bit too long, the opening number being a bit confusing to audience members (especially non-Trekkies) and the fact that my 11 o’clock number now feels like it’s cut-and-pasted in from a different show. Aside from that, there are a number of jokes that could be cut without being missed and places in the script where the transitions between moments are abrupt and need to be smoothed over. I could go on, but suffice it to say… I learned a lot!

BB: It was definitely a journey rather than happening all at once, but the real turning point was in my sophomore year of high school when we got a new drama teacher. She insisted on putting students in leadership roles, and I was invited to direct one of our drama department’s shows. The next year, I got to write the songs for an original musical. This was all before I turned 18! Those experiences took me from a kid who simply liked applause to a young adult hooked on creating theatre.

BB: I love the events where we get to interact with people working in the musical theatre industry and I love the resources like the submission opportunities calendar, but most of all, I love that it’s a place where people actually understand the experience of writing a musical firsthand! Most people have never been stuck on a lyric or struggled to cut five minutes from the book, etc… writing a musical can be a lonely experience, so it’s great to have a place to go where people are right there in the trenches with you, ready to support you and share their experiences as well.

BB: This may seem like a cop-out but honestly? It’s my MIDI piano roll! For those who don’t know, a lot of audio apps like Logic Pro and Pro Tools let you record your music with a technology called MIDI. Rather than recording the audio of your performance, MIDI keeps track of when every note you played began and ended. Once you’re done recording, you have a little grid of rectangles representing what you played. For me, this is where the real fun begins because I can shift notes around into an entirely new melody, or create a harmony part that I hadn’t quite thought of in my original draft. For instance, there’s a big complicated number in Khan!!! that I wasn’t quite sure how to compose, so once I completed the lyric, I recorded one stanza at a time with MIDI input and then manipulated the melody and harmonies in the piano roll. By the end of the day, I had a whole song made up of these individual pieces! I’m sure geniuses like Mozart and Sondheim could work out harmonies and melody revisions in their heads, but the piano roll allows me to slow the process down and really consider how all the pieces work together. It’s an absolutely indispensable tool for my songwriting process. 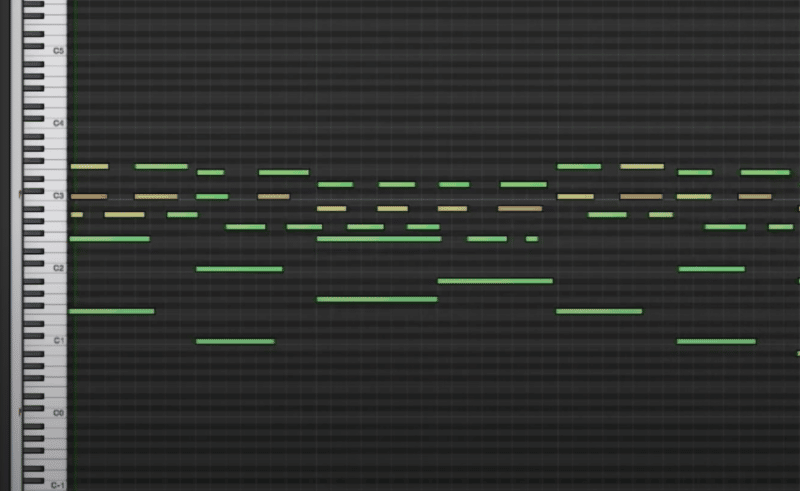 Brent Black grew up in Irving, TX and holds a master’s degree in musical theatre writing from NYU’s Tisch School of the Arts as well as a bachelor’s degree in drama from The University of Oklahoma. By the age of 24, he had written or co-written five produced musicals including a revue called Shades of Gray at the Pocket Sandwich Theatre in Dallas, Texas. In 2008, he created a youth arts curriculum called “Let’s Make a Musical” which he led in a program at the Brass Ring Performing Arts Center in Ardmore, Oklahoma. In 2010, he wrote lyrics and co-wrote the book for the musical I’ll Be Damned, which had a limited Off-Broadway run starring Mary Testa at the Vineyard Theater. He is best known for his YouTube channel “Brentalfloss” featuring parody songs and other comedy videos. The channel has garnered over 450,000 subscribers and spawned three major album releases, all reaching the top 10 of the iTunes and Billboard comedy charts. He is the co-creator of the video game Use Your Words which has sold over 100,000 copies across six video game platforms and has been optioned for a television adaptation. He currently resides in Philadelphia.

Want to meet more of our Academy Members?

Click here to read the interviews with other movers and shakers who are going places! 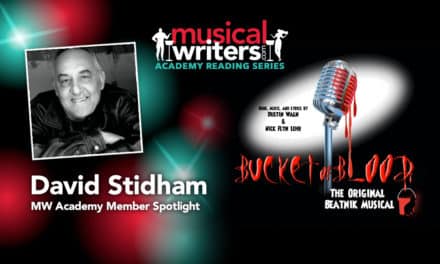 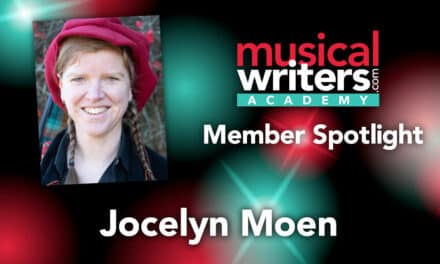 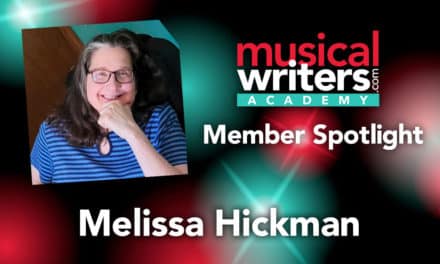 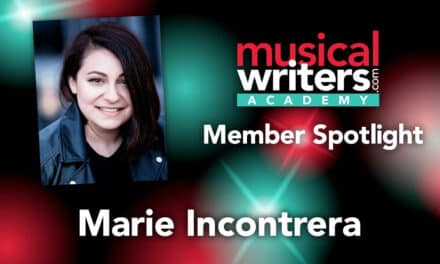