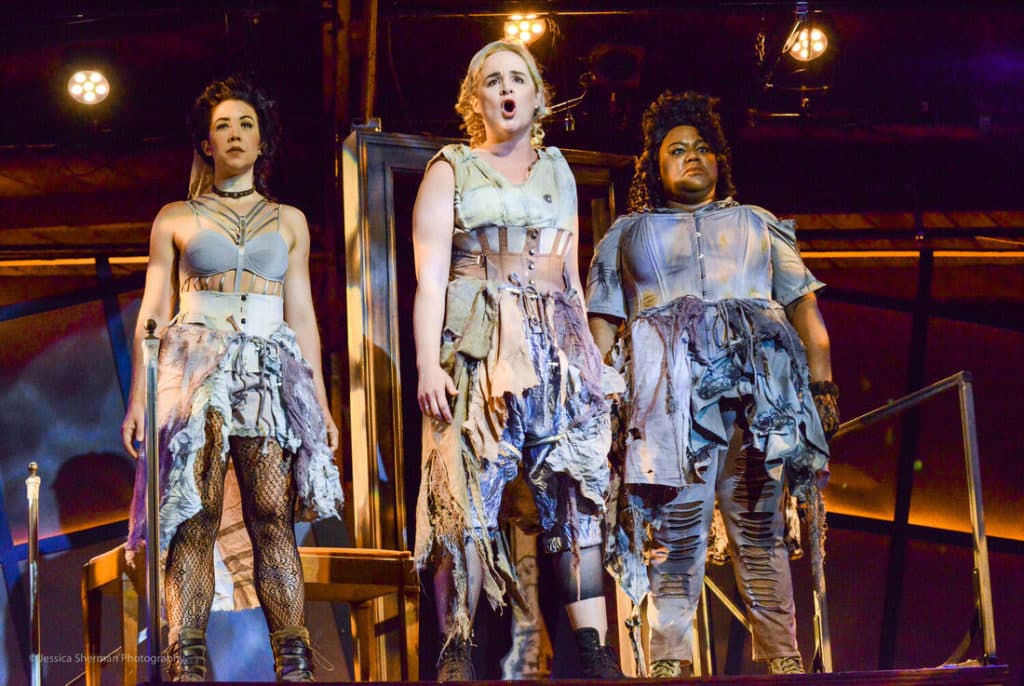 Hollywood is best known for movies, but the area also has a thriving theater community. Sacred Fools (sacredfools.org) is a creative theater company that offers readings and shows at the Broadwater building at Santa Monica Blvd and Vine in the heart of Hollywood. It’s a large company with three artistic directors, a literary manager, and a slew of members and others supporting their offerings of new shows. Their four spaces for playmaking are also expansive: a 99-seat main stage theater, a black box, “second stage,” and a studio. In the L.A. Weekly, Sacred Fools was once described as “one of the city’s most provocative and whimsical theater troupes.” Being in LA, they have an advantage of a large community of actors to draw from.

Although they don’t accept cold submissions of full scripts, they are interested in receiving a “one-sheet” from writers describing their piece to be considered for readings or a full production. 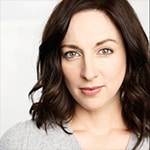 I recently met co-artistic director Vanessa Claire Stewart at a conference and spoke with her about the company’s interest in new works. She is also an actor and has written book and lyrics for several musicals, including Deadly, which was developed at Sacred Fools.

Carol de Giere: At Sacred Fools how interested are you in new musicals?

Vanessa Claire Stewart: Sacred Fools has developed a lot of new work—most of it is world premieres. We do original musicals every other season, depending on the size of the show. Big ones like Deadly, probably only every other year, but we encourage small ones as well, which might fit into a season. My first show was for only two actors and a 7-piece band. That did well. It’s all about budget constraints. Sometimes we do co-productions with funding from elsewhere.

CD: What stage of development do you like shows to be in?

VS: It depends on where they are—some writers are already at the end of the process when they submit, but if they are looking for something like a staged reading just to expose it to us and get eyes on it so they can keep working on it, that’s fine too and they can put that in their cover letter. It’s easier to be produced if they are submitting that way.

CD: What kind of audience do you get there, and are they accustomed to seeing shows and new works?

VS: We advertise on our website and on our social media, and we have about 100 members that come as well. People here see shows for a variety of reasons. Some are looking for stories to turn into films or they are looking for new actors for different projects. Others are looking for inspiration. And there is a type of theater in LA that tends to be a bit more risky because it’s not as expensive to produce so you don’t have to have it be derived from a familiar property or be “commercial” in other ways.

CD: Do you tend to like edgier things or historic or what?

VS: For the most part Sacred Fools tends to do more edgy kind of pop/rock sounding musicals. But my show Deadly was a dark historical show based on real people. My first show, Louis and Keely: Live at the Sahara, co-written with Jake Broder, was more of a jazz musical also based on real people. People here tend to like true life stories. That show started at Sacred Fools and later became one of the longest running shows at the Geffen Playhouse.

VS: We are thinking about expanding into that. We have a lot of company members who have kids, so that is something we’re exploring.

CD: Do you have tips for submissions? Should they put who the writers are and any awards they have?

VS: Definitely. In the body of the email, I would put in as much accolades as you can for the team. I would include a link if there are sound files. Anything you can add only enhances a submission. Put as much in as possible and then if the literary department likes the pitch then they can look into it further. They want to hear something interesting and wonderful, and they can follow up if the pitch sounds right for the company.

CD: Let’s consider Deadly as an example of a produced show. How did Sacred Fools help?

VS: They helped from inception to production. I started using actors within the company to get it on its feet. They would come in my living room and we would read and have wine and cheese and be really casual about each iteration of the script. They would become the experts in our characters and tell me when something is working or if they felt the arc was lacking. Just being part of this company and having these actors’ voices in my head, it was easy to write toward the way people spoke, and the interactions between people. And my composer would write around their voices.

We started putting it together like this. Ryan Thomas Johnson (the composer) and I would write in isolation and we figured out how we wrote the best together. We would write a song and it was great but didn’t move the plot forward enough so over the course of the years we dropped things that didn’t work and kept things that did.

CD: Then you moved into staged readings?

VS: We did. Once the script was complete, we started getting it on its feet and moved into the space at the Broadwater. We would change out the cast every time because I wanted to hear different people in the roles to see if it was actor-proof. We would tighten it and write new songs. We had three workshops like this before audiences so we could see the response, and then we felt we were ready. And they programmed it into a season, running it September to November. I got to attend every show and watch audiences react with a fully realized set, costumes, orchestra, lights, and projections. It was great to see this complicated little musical come to life like that.

Now that I’ve watched it fully actualized, Ryan and I are going to go back to fixing what wasn’t quite there during that run, so it’s a never-ending process.

CD: If a show is accepted, obviously you expect people to be polite and list a Sacred Fools development credit. Anything else?

VS: I believe the contract says you list us as a developing partner but we’re not a theater that requires any part of the royalties.

CD: You started this journey as an actor and writer in LA and later joined the Sacred Fools leadership as a co-artistic director. It seems like you’ve really found your artistic home there.

VS: I really think that if you stay in the same place, people will find you if you’ve got the talent. I have and people recognize me and associate me with the theatre and now it’s sort of a symbiotic relationship. I have a team of people to help me do what I want to do. It’s so hard to find a comfortable creative space that will be there for you, and I think it’s really important to do as an artist.

How to Submit to Sacred Fools Theatre Company

Send a cover letter to [email protected] with your pitch for your musical or play, what stage it is in, writer credits, and what you’d like Sacred Fools to consider doing with it. If you have a website or SoundCloud with clips, include a link. They do not want attachments of scripts or sound clips – just description, writers description, and links. This will go to Jacob Sidney, the Literary Manager, and his team of readers. They will contact you if they are interested in more materials. As their website describes: “… If we want to read it, we’ll ask for a digital copy of the full script. Sacred Fools seeks unproduced plays that embrace the theatrical form and speak to the diverse culture of contemporary society.” They are especially interested at this time in sourcing shows from artists whose work has historically been excluded, such as artists of color, with disabilities, LGBTQ, and women.