“…we want to put our shoulder to the wheel and try to get your show produced or developed outside of New York City.”
~Tim Jerome 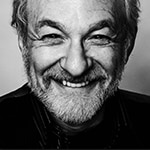 Let’s say you’ve just finished your new musical, and you’ve got your script and song demos ready to go. Shouldn’t there be theater professionals eager to help you with the next steps? Tim Jerome thought so when he founded MainStreet Musicals, a nonprofit cooperative of theater artists and directors. This group would like to see new musicals developed outside of New York City—down on “main street” USA, in other words, around the country.

This company vision has inspired a kind of “creative clearinghouse”— an online library of works vetted by directors that can be used by colleges and theater groups for readings or productions, with the goal of expanding exposure for the writers.

I know Tim from his extensive Broadway and Broadway Tour acting career, including several Stephen Schwartz shows. I saw him at the Musical Theater Educator’s Alliance conference in December where he was pitching his program, and then we met later over lunch. I quizzed him on the value of MainStreet Musicals for people creating new works and learned about some of the innovations and new directions he is taking.

As Tim explains, the first part of MainStreet Musicals submissions includes an evaluation. Those who submit a show will receive a response in the form of a multi-page evaluation from two different directors. The process now takes place by way of a website Acceptd, a software platform for connecting artists with opportunities and communities. Acceptd’s fee is included in the $50 cost of submitting to MainStreet.

The evaluation includes responses to many questions, such as how well-drawn are the characters, does the dialogue provide clear characterizations, does the music support the emotional spine of the show, and do the songs move the show forward? This in itself can help writers move forward with their work.

Selection for the MainStreet Musicals Library

Each show that receives two positive evaluations will be included in the MainStreet Musicals Library (unless the writers wish it not to be included). (If one of the two directors rejects the show, it can be rewritten and resubmitted later with no additional fee.)

Once a show is accepted, the webmaster adds it to the library and puts up a show page. Tim notes, “Nothing belongs to us. We are passing along the creators’ permission for people to browse in the library. We are only promoting the idea of concert readings in order to introduce the work in a community, or for students to do an exercise.” Although website visitors can hear the demos and read the script, the sheet music is not made available to the public to help ensure that no one will try to stage the show without permission.

Anyone can see the library at www.mainstreetmusicals.org/library.shtml

The first goal of MainStreet is to encourage concert readings or early productions of the shows. Several years ago, Tim and colleagues organized a series of festivals with three new musicals each. The idea was to get shows on their feet and see if local producers would come forward and acquire the rights for a full production. In the future, he hopes to promote more festivals like the ones they partnered with before in Austin, St. Louis, and New Orleans.

“The purpose of the company is to increase the number of recommended works that are done in the regions,” Tim emphasizes. “If both of the directors recommend you, we want to put our shoulder to the wheel and try to get your show produced or developed outside of New York City.”

Tim’s current focus is on engaging with colleges and universities whose students would benefit from performing new musicals. The assumption is that writers whose works are used would want to travel to the location where a reading is taking place in order to refine the show through the interactions with students.

One of the innovations currently in development is a song and scene library especially for use by musical theater performance training programs. Creative teams will be contacted about this in the future. Tim Jerome has also organized a program called “The Callbacks Competition.” Young singers perform songs on video that are selected from recommended new works. This is also part of MainStreet Musical’s mission to get new musicals in front of people who can appreciate them.

MainStreet Musicals accepts submissions throughout the year. They don’t accept song cycles, but will consider all forms of previously unproduced musicals, including theater for young audiences. Materials are uploaded to the Acceptd website here.

Here are the materials needed:

Note that song audio files should be individual. A video of an entire show will not work. Scores must be fully written out, not just charts of lyrics with chords. The scores will not be made public. 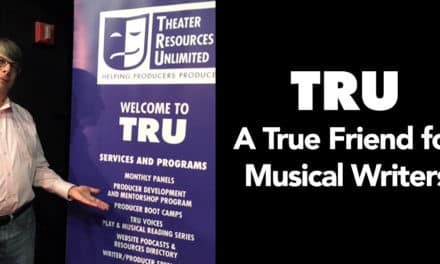 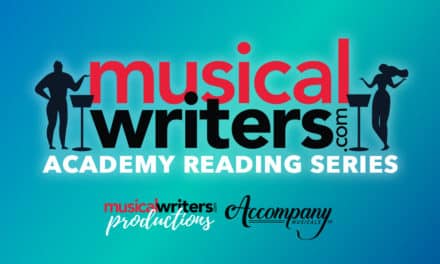 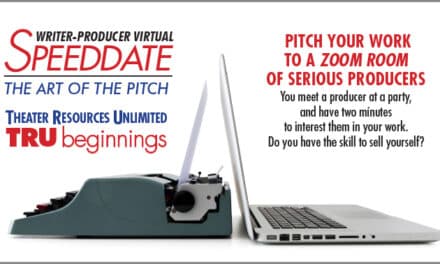